The members of the University of Minnesota Department of Sociology are proud contributors to research, teaching, and policy. We're proud of both the department's current national standing and the foundation provided by the historic legacy of our predecessors.

Our department has been instrumental in structuring the contours of the discipline of sociology in the United States. Many of the characteristics of the department—linking research to real-world problems and embracing the full range of methodological approaches—are still present today.

A Chronicle of the Department

Sociology began at the University of Minnesota when Samuel G. Smith was hired as a lecturer in sociology in December of 1892. Though the historical record is not entirely clear, the best available evidence points to 1901 as the founding date of the department. In 1908, the Department of Sociology became the Department of Sociology and Anthropology. In 1919 two departments were formed, splitting the fields of sociology (including social work) and anthropology. Thirty years later, in 1949, a separate School of Social Work was established, leaving the department in its present form. Over its history, through the scholarship of its faculty and the products of its graduate program, the department has made major contributions to the discipline of sociology. As Fine and Severance (1985) point out in their history of the department:

From the 1920s to the 1940s, Sorokin, Bernard, Zimmerman, and Chapin achieved national and international reputations for their path-breaking work. During the three decades of Stuart Chapin's leadership (from 1923 to 1952), innovative quantitative methods and empirical research became the touchstone of Minnesota sociology. Chapin's own work in measurement achieved widespread acclaim. Schmid and Sletto produced highly comprehensive studies of the effects of the Great Depression on Twin Cities populations. Lowry Nelson's work on rural communities, Clifford Kirkpatrick's research on the family, George Vold's criminological investigations, and Elio Monachesi's studies of delinquency further contributed to the department's strong reputation. Following the end of World War II, and through the 1960s, Arnold Rose, Don Martindale, Edward Gross, Gregory Stone, and Reuben Hill were among those who further enhanced the reputation of the department for high quality scholarship.

During this early period of development, the department ranked at the top of sociology departments across the country. In 1925, only Chicago and Columbia were rated by 35 sociologists more highly than Minnesota, among 14 sociology programs; Minnesota was also ranked in the top five in 1934 (Fine and Severance, 1985: 122). The department maintained its high rating for a long period of time; it ranked seventh in 1957 (Keniston, 1959).

From 1949 through 1965, the department was still rather small, with only 14 faculty members by the latter date. It was governed by a single person during much of this time, Professor Elio Monachesi, who served as head. Some of the programs and specialties still found in the department, albeit in new forms, were either established or substantially developed during this period. For example, a substantial impetus to the study of the family was provided in 1957 by the establishment of the Minnesota Family Study Center and the hiring of its first director, Reuben Hill. Further impetus was provided in 1964 when a Social Science Research Training Grant was awarded in this area. This grant remained operative through the mid-1970s.

As early as 1925, research and training in rural sociology was underway on the St. Paul Campus, using Agricultural Experiment Station funds under the direction of Professor Carle Zimmerman. Sorokin was also on the staff. In the early years, rural sociologists were primarily part of the Agricultural Experiment Station conducting research under the Hatch Act and related legislation. In the late 1950s, this program expanded substantially to include an extension program with primary emphasis on rural development in addition to its teaching and research programs. George Donohue, Chris Oleans, and Phil Tichener became widely acknowledged for their research on mass communication in rural areas.

In the 1950s and 1960s, the department also came to be widely recognized as a leader in the fields of symbolic interaction and sociological theory through the works of Professors Arnold Rose, Caroline Rose, Gregory Stone, and Don Martindale. It also had strength in the field of aging. We participated in the Midwest Council for Social Research on Aging, a consortium of Midwest University Sociology Departments centered at Kansas City. Its federally-funded competitive fellowship program supported our graduate students (in fact, we had the largest number of graduate student fellows supported by the consortium). We also started, in cooperation with other units, the All-University Council on Aging at the University of Minnesota; Professor Donald McTavish was its first chair. By 1964, the department ranked ninth in the country (Carter, 1966).

In the mid-1960s, the faculty began to expand rapidly in response to increasing undergraduate enrollments. This expansion occurred partly through hiring full and associate professors, but most hiring took place at the junior level, primarily from universities with well-established and nationally prominent departments, such as Stanford, Columbia, the University of Wisconsin, and the University of Chicago.

As a result of the increase in size of the faculty (it doubled between 1964 and 1975), there was considerable broadening of the scholarly and research interests represented. Alongside the more traditional centers of strength (the family, deviance, symbolic interaction and theory), by 1975 the department was recognized for its scholarship in medical sociology, small group research, complex organizations, urban sociology, and the sociology of death. Those hired during this period included Ronald Anderson, David Cooperman, Robert Fulton, Robert Kennedy, Donald McTavish, Joel Nelson, Ira Reiss, and David Ward. Many of these individuals served the department in important administrative roles, such as Chair (David Cooperman, Donald McTavish, David Ward), Associate Chair (Robert Kennedy, Robert Fulton), Director of Graduate Studies (Joel Nelson, Robert Kennedy), Director of the Center for Death Education and Research (Robert Fulton), and Director of the Family Studies Center (Ira Reiss). For many years, Ron Anderson has been the driving force in the development of computing facilities in the Department of Sociology and on the West Bank.

Others who were hired during this rapidly expanding phase, who have since left the University (moved to other universities or are now retired or deceased), include Gregory Stone, Murray Straus, Joan Aldous (the first female sociologist in the department, not including the many female professors of Social Work), Scott McNall, Irving Tallman, Theodore Anderson, Richard Hall, John Clark, George Bohrnstedt, Caroline Rose, and Roberta Simmons. As Fine and Severance (1985:124) comment, 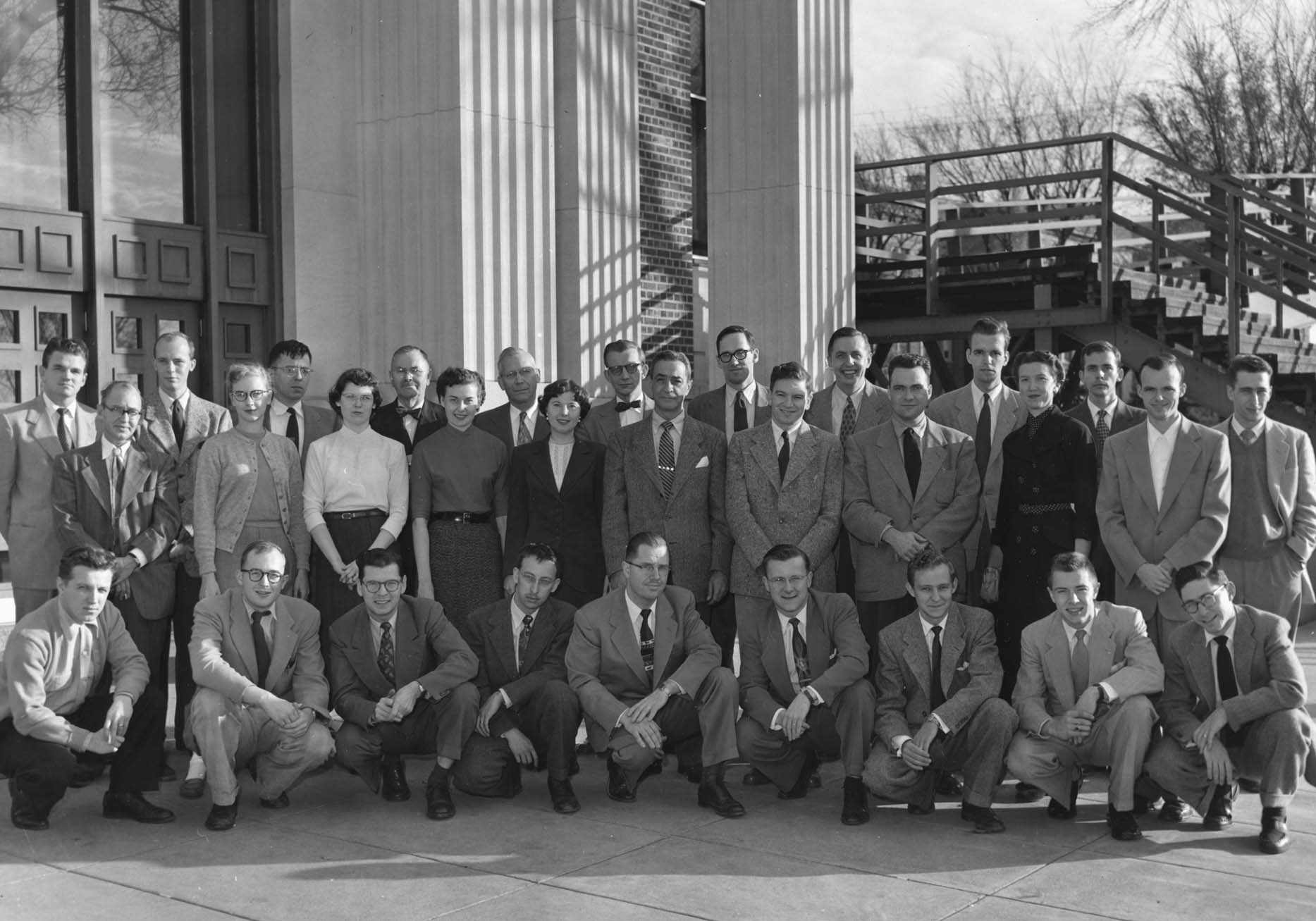 It should be noted that unlike many other departments, Minnesota had developed a breadth of methodological perspectives, and had become known for its expertise in both qualitative and quantitative approaches, a reputation we maintain today.