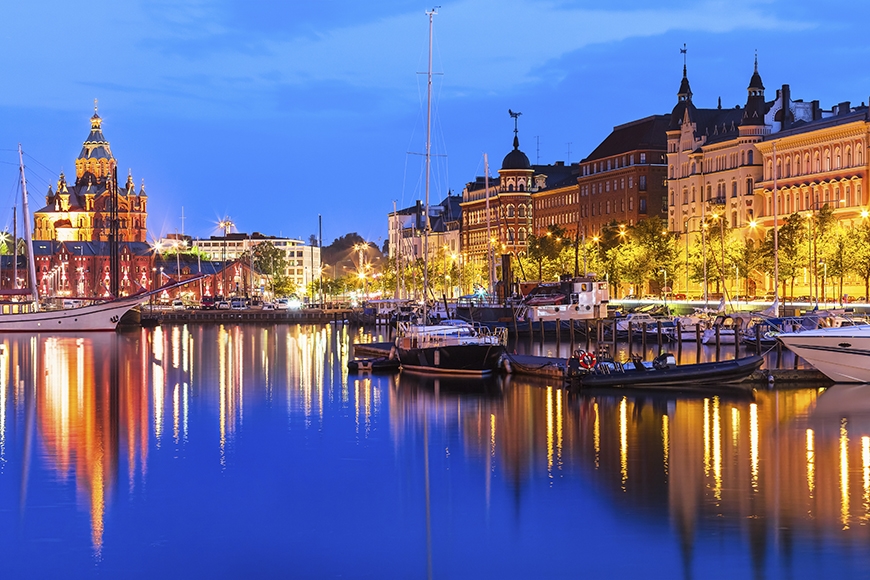 Finnish is spoken by over five million people in Finland and is one of only a handful of non-Indo-European languages spoken in Europe. It’s a member of the Uralic language family, closely related to Estonian and very distantly to Hungarian. The other Uralic languages are widely scattered across present-day Russia and include lesser-known languages such as Mari, Komi, and Udmurt.

Finnish is different, not difficult!

Finnish is sometimes described as a language that’s difficult for foreigners to learn, but anyone can learn to speak Finnish well. In some ways Finnish is much easier than English: there’s only a single pronoun hän for both “he” and ”she,” nouns have no grammatical gender as they do in languages such as German or French, and Finnish has no articles like “the” and “a” as English does. Finnish is also spelled much as it’s spoken and is not particularly difficult to pronounce. One thing that’s different about Finnish is that it’s an agglutinative language, meaning that nouns can take many endings that correspond to separate words in other languages. For example, “talossanikinkohan…” means literally “I wonder if in my house also...”!

Finland is the land of the Kalevala, the Finnish national epic that has influenced literature ranging from Longfellow’s The Song of Hiawatha to Tolkien’s The Lord of the Rings. Intriguingly, Finland is also home to many world-famous heavy metal bands, some say due to the melancholy nature of the Finnish character. It is also where the technological giant Nokia originated, now a world leader in the fields of forestry and bio-energy. Finland is equally well-known for its egalitarian and top-notch educational system. Even the popular computer game Angry Birds comes from Finland. Who knew?

Why take Finnish at the University of Minnesota?

The University of Minnesota boasts the largest Finnish language program in the US, the only one to offer a full six semesters of language study. Although we are large, class sizes are small, and students get to know one another very well! We also offer a weekly conversation hour at a local coffee shop where Finnish speakers of all levels are welcome to enjoy a cup of coffee and chat about whatever interests them. Our only rule is: no English! Students also take advantage of the many local Finnish-related events in the Twin Cities area as well as summer language programs in Finland. Students often comment on how studying Finnish ends up turning into a lifelong interest and passion. Come study a different language that you will never want to "Finnish" learning!