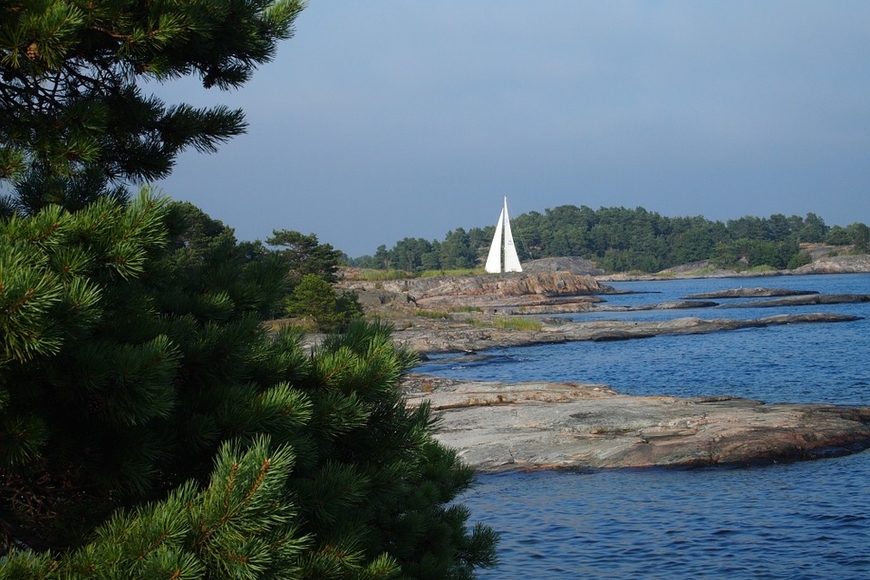 Learn and understand the social concept lagom— not too much, not too little, but just right!

Appreciate taking a break during the day by having fika—a time to enjoy coffee accompanied with something
sweet and delicious, like cookies or kanelbullar (cinnamon buns).

Discover your family background! Swedish is a heritage language. Many residents in Minnesota and the upper Midwest have Swedish roots.

The Swedish language, which has nearly 10 million speakers, helps you communicate with people in Sweden and inhabitants from throughout the Scandinavian countries of Norway and Denmark, Swedish-speaking Finland, and islands in the Baltic Sea, like Åland. Outside of Sweden, there are still small groups of Swedish speakers in Minnesota and the upper peninsula of Michigan.

Sweden is the country of innovations and green thinking

Did you know that the pacemaker, the three-point safety belt, the wrench, Spotify, Skype, and Minecraft all come from Sweden? The ideas for improving everyday life are everywhere in Sweden. Swedish households also recycle almost 100 percent of their waste! The Nobel Prize, named for the Swedish inventor Alfred Nobel, encourages new innovations in the areas of medicine, physics, chemistry, economy, and literature.

Sweden is a country where ancient meets modern

Modern architecture and infrastructure stand next to Bronze-age rock carvings, Viking-era rune stones, and Baroque castles. Within minutes after landing in Stockholm, you can see Viking artifacts before stepping into the 17th century to have coffee and light fare at Tant Bruns Kaffestuga. Take the subway (the largest art gallery in the world), then find yourself wandering the medieval, cobblestone alleyways of Gamla Stan in the heart of the city. Discover modern marvels such as Öresund Bridge in close proximity to ancient wonders like the megalithic monument of Ale’s Stones.

Swedes love creating music just as much as they enjoy listening to it. First Aid Kit and Avicii, classics groups like ABBA, and Swedish hip-hop and electronic dance music are popular throughout the world. There also are many opportunities to appreciate folk music and dansbandsmusik. Influential filmmakers, such as Ingmar Bergman, who created well-acclaimed classics such as The Seventh Seal and Fanny and Alexander, come from Sweden. Authors Henning Mankell, Steig Larsson, and Camilla Läckberg have topped best-seller lists everywhere with their crime fiction novels, many of which have been transformed into film and television series.

Where Swedish can take you

Working in the field of renewable energy, design, and medicine, you will certainly interact with Swedish colleagues. With Swedish language skills, you will be able to create a genuine connection and have an enriched understanding of Swedish culture and values.

Students have access to universities throughout Sweden including Uppsala University (Sweden’s oldest university, founded in 1477), Stockholm University, Umeå University, University of Gothenburg, and Linnaeus University. Take a Swedish course there to broaden your language skills and practice while going about your daily life, or take courses in your major within an authentic Swedish environment. One of the numerous Swedish dialects may even enter into your own Swedish!