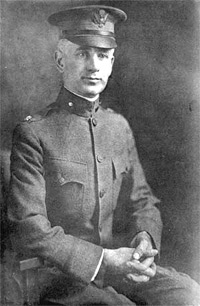 The Board of Regents of the University of Minnesota established psychology as a separate department on May 19, 1917. Prior to that, psychology was part of the Department of Philosophy and Psychology. Several eminent psychologists were members of that department including John Dewey and four future American Psychological Association (APA) presidents: James Rowland Angell (1906), Joseph Peterson (1934), John Fredrick Dashiell (1938), and Herbert Woodrow (1941).

The Regents appointed Robert M. Yerkes (APA president, 1917) as chair but granted him an indefinite leave that summer to supervise the development of intelligence tests for the army during WWI. While in army service, Yerkes directed the work of acting chairs Woodrow and Peterson (recruiting to the department, for example, Karl Spencer Lashley, APA president in 1929). At the war's close, Yerkes resigned from Minnesota to serve on the new National Research Council and successfully recommended as his replacement his former assistant at Harvard and colleague on the Army Testing Project, Richard M. Elliott. Elliott remained as chairman for 32 years, and, during this time, he gave the department a velocity, an impetus, and a definition that characterizes it still.

Upon arriving, Professor Elliott saw that the “behavioristics area” was where Minnesota could shine almost from the start. Among others, he recruited B. F. Skinner in 1936. Under Elliott's nurturing influence, Skinner's term at Minnesota was marked by unusual productivity: The Behavior of Organisms (1938), drafts of Verbal Behavior (subsequently published in 1957), and his utopian novel Walden Two (1948) among other important works. In addition, during his years at Minnesota, Skinner piqued the national curiosity in things psychological with his WWII research on a pigeon-based missile guidance system and a mechanized baby tender dubbed the Aircrib. Skinner was named #1 on the list of the 100 most eminent psychologists of the 20th century (Haggbloom et al., 2002). 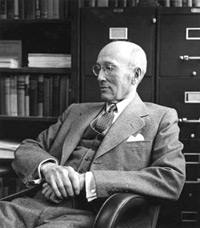 It was in another research tradition, however, that the “Minnesota psychologist” was uniquely identified. As Elliott wrote, “It all flowered from the appointment of Donald G. Paterson... Never was there a closer fit between the interest and abilities of a man and a job that was crying to be done.” Elliott had served with Paterson in the army testing project and recruited him to Minnesota in 1921. In the years that followed, Paterson became synonymous with the Minnesota tradition of differential psychology, industrial psychology, and vocational guidance, which for many years dominated the field and generated a disproportionate share of its leaders.

Paterson and his colleagues directed the work of the Employment Stabilization Research Institute throughout the Great Depression, culminating in the publication of Men, Women, and Jobs in 1936. His groundbreaking work formed the basis of many large-scale, multi-aptitude test batteries that followed including the General Aptitude Test Battery (GATB). Counseling psychology, accredited in 1952, sustained and enhanced the seminal contributions of the Employment Stabilization Institute through a program of research known as the Work Adjustment Project. Carried out under the direction of Lloyd Lofquist and Rene Dawis, these studies led to the development of a number of remarkable inventories including the Minnesota Importance Questionnaire and the Minnesota Satisfaction Questionnaire, among the most researched and widely-used measures of psychological needs and job satisfaction.

Paterson's influence in the classroom was equal to that in the research lab. An army of young psychologists enrolled in his highly regarded course, Individual Differences. Among them, Starke Hathaway was immediately attracted to Paterson's description of the wide-range item content and empirical keying that defined this approach. Collaborating with neuropsychiatrist, J. Charnley McKinley, Hathaway set about to measure personality using the same data-based techniques. The Minnesota Multiphasic Personality Inventory (MMPI) first published in 1941, has become the most widely used and best validated of structured personality inventories. Another Paterson student, Paul Meehl (APA President 1962), made lasting contributions to MMPI research by encouraging its actuarial interpretation. In his provocative article "Wanted—a good cook-book," Meehl presented a series of cogent arguments for actuarially based profile interpretation. Subsequently, Meehl upended the clinical world by demonstrating, in the 1954 publication Clinical Versus Statistical Prediction, that clinical judgment was frequently inferior to statistical prediction. 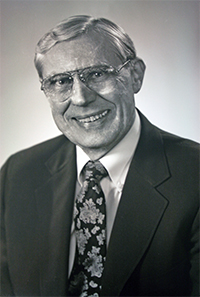 Upon Paterson’s retirement in 1961, his former student, Marvin Dunnette, was hired from 3M to helm the program in industrial and organizational (I/O) psychology. Dunnette was joined in 1966 by Minnesota graduate John Campbell, and Minnesota became one of the world’s leading I/O programs, a distinction it has held since. Dunnette contributed to the science and practice of I/O psychology through scholarship on a vast array of employment topics, the foundation of two prominent I/O consulting firms, and two editions of the Handbook of Industrial and Organizational Psychology. Campbell’s theory of job performance profoundly influenced the field, as did his leadership of a massive research project examining the use of psychological variables to predict performance in the US Army. Building on Minnesota’s strong emphasis on measurement, the I/O program continues to be a major force in the study of individual difference variables (e.g., ability, personality) at work and many other topics of interest to contemporary organizations.

Social psychology, too, came of age at Minnesota in the Laboratory for Research in Social Relations, founded in 1948. Stanley Schachter, Leon Festinger, Harold Kelly, Gardner Lindsey, Elliot Aronson, Elaine (Walster) Hatfield, and Ellen Berscheid all were drawn to the fertile research environment created by Director John Darley. Without exaggeration, the contributions of the social psychologists who were part of this unit literally shaped the course of social psychology for the latter half of the century.

Minnesota's Department of Psychology was the early home of research on genetic factors in behavior. At a time when most American social scientists were strongly environmentalist, Professor Paterson was emphasizing heritable factors in general intelligence and special mental abilities while William Heron demonstrated that maze-learning abilities in rats could be selectively bred. As early as 1962, Paul Meehl advanced a genetic theory for the etiology of schizophrenia, and, in 1966, Irving Gottesman established a program of training in behavioral genetics in the Department of Psychology. Noting that "everything is more interesting if you do it with twins,” David Lykken initiated a program of twin research in 1969, closely followed by his collaboration with Thomas Bouchard and Auke Tellegen on the Minnesota Study of Twins Reared Apart.

The department is fortunate to have had many able faculty and administrators. All have been committed to furthering Elliott's vision of a department characterized by a parallel commitment to “pure science” and “practical application.” Thus, the history of psychology at Minnesota is one of growth and development in both theoretical and applied psychology. There has been core unanimity despite variations in content and method. The tendency to ask critical questions, to challenge unquestioned assumptions, and, perhaps most characteristically, to press for quantification and measurement is now the hallmark of the Minnesota psychologist.