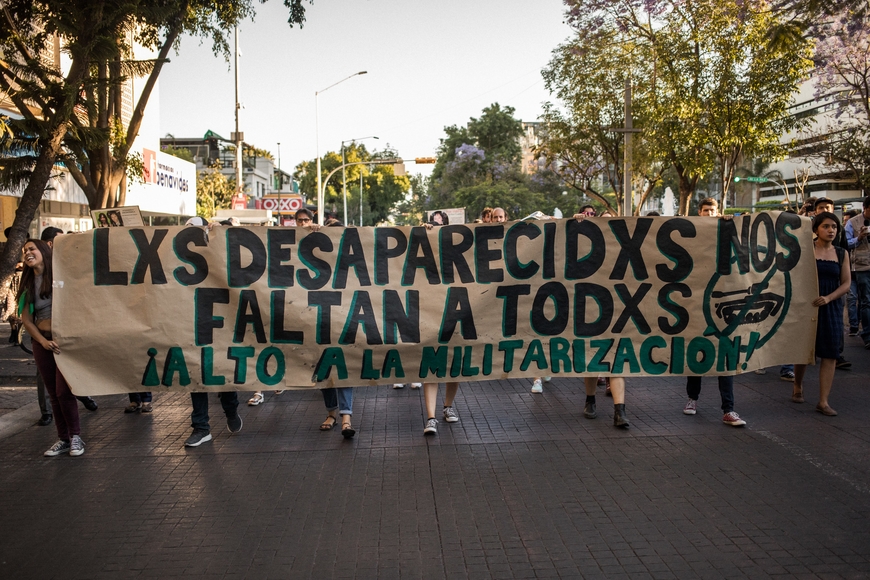 the arrest, detention, abduction or any other form of deprivation of liberty by agents of the State or by persons or groups of persons acting with the authorization, support or acquiescence of the State, followed by a refusal to acknowledge the deprivation of liberty or by concealment of the fate or whereabouts of the disappeared person, which place such a person outside the protection of the law. (Article 2)

Disappearance is a violation regardless whether it is for a short term or long term. It is also a continuous crime, so that the government is responsible for the violation until the whereabouts of the missing person are determined. Relatives of persons who have disappeared have the right to know the truth regarding the fate and whereabouts of their loved ones.

The international human rights community has spoken out consistently and assertively about the problem of disappearances in Mexico. The Inter-American system has found the Mexican government responsible for disappearances in its case law on México (Radilla, Campo de Algodon) and put in place precautionary measures and an unprecedented international investigative group and a special follow-up mechanism of the country’s most notorious mass disappearance of the 43 normal school students in Ayotzinapa.

For purposes of this study, we include all disappearance cases in our analysis, recognizing that the line between a crime by private actors and a human rights violation by state actors is very thin indeed. Because many, if not most disappearances are carried out by organised crime or other private actors without a verifiable connection to the state, Mexico’s response to these international concerns had been to differentiate disappearances from various crimes that are “in the nature of enforced disappearance” but take place without the authorisation, support or acquiescence of the State (Report of Mexico to CED, 2014: paras. 94, et seq.)

While many disappearances in México are committed by, or with the ‘authorization, support or acquiescence’ of State authorities, there are many cases where state involvement in the disappearance cannot be proven or where the crime is carried out by  non-state criminal actors.  States, however, are responsible not only for direct involvement but also for their omissions in disappearance cases -- failure to search, failing to investigate, or delay that results in further endangerment of the disappeared person. A failure to respect the duty to investigate is a breach of the right to life. (Minnesota Protocol 2017, para. 8(c)); UN Special Rapporteur on extrajudicial, summary or arbitrary executions, UN doc. A/70/304)