Faces of the Disappeared 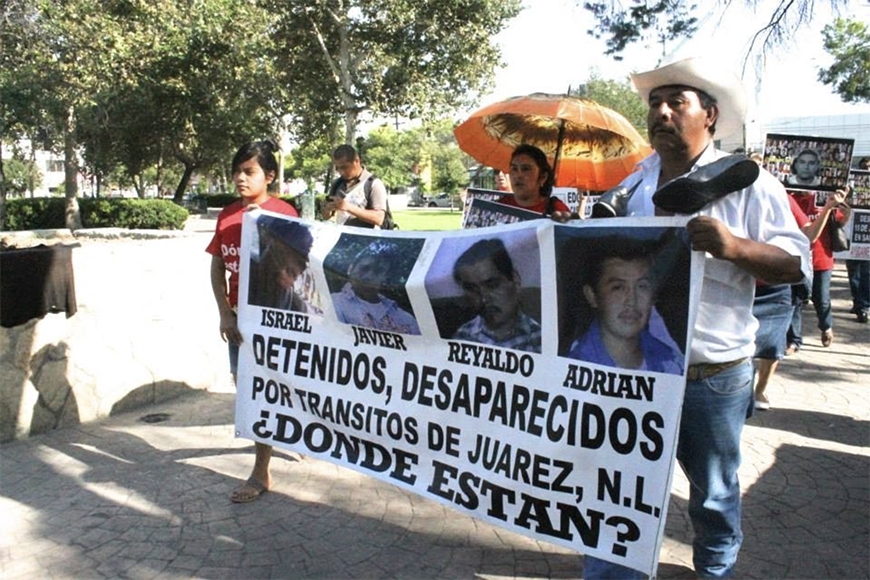 More than 80,000 people have been disappeared since the start of Mexico's "war on drugs" in 2006.  While these large numbers give us a sense of the depth of the crisis, it is the stories of individuals who help us to understand the significance of each individual loss.

Following are two emblematic stories among the many thousands of stories of disappeared persons. The stories of Israel and Toño were among those covered by the press and are included in our database.  The unrelenting efforts of their families played a large part in the visibility of their cases -- explained in the story maps below. (Use the embeded scroll bars to the right to view the entire story)

Israel Arenas Durán, who worked in a plant nursery in Nuevo Leon with his father, was disappeared on June 17, 2011, by the local transit police acting in collusion with organized crime.  He was turned over to the police for failing to pay his full bar tab.

José Antonio Robledo Fernandez, affectionately referred to as “Toño” by friends and family, was a civil engineer who worked for a construction company in the state of Coahuila. On January 25, 2009, Toño was abducted by a group of men while he was on a road trip.  He was in the midst of a phone conversation with his girlfriend, who heard the events play out on the other end of the line.