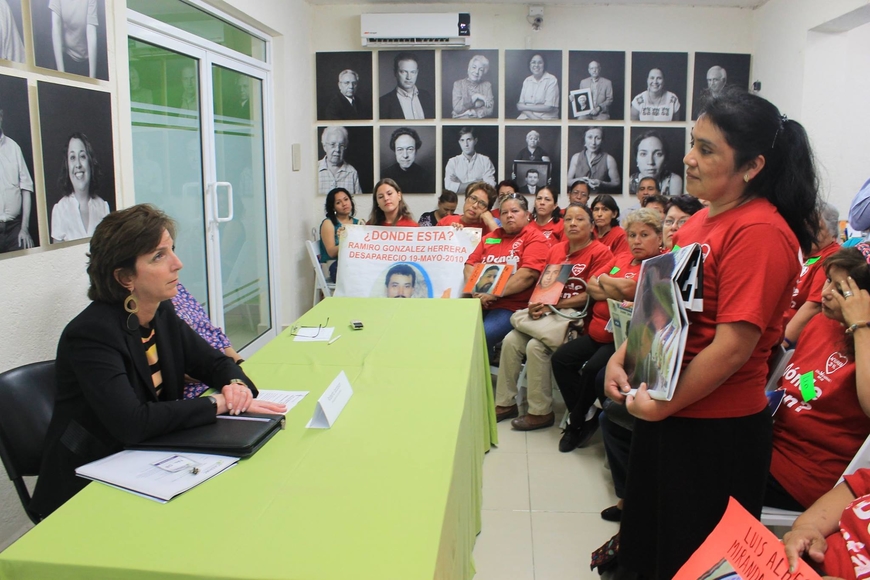 Mexico, a country located in North America that shares borders with the United States to the north and with Guatemala and Belize to the south, is made up of 32 states and a population of 119,938,473 people, as of 2015. Mexico is home to the eleventh strongest economy in the world as of 2018. Despite its apparent economic strength, Mexico has underperformed in terms of economic growth and the reduction of poverty. A startling 48.8% of people in Mexico live below the poverty line. While the economy of Mexico places it among the world’s top performers, the quality of life of its citizens is not comparable to that of other wealthy, developed nations.

The Mexican government is an electoral democracy  in which citizens participate in regular elections that determine national, regional, and local leadership. Much like that of the United States, the government of Mexico is composed of Legislative, Executive, and Judicial branches. However, while the Federal Executive branch is headed by an elected president as in the U.S., in Mexico, this individual is eligible to serve only one six-year term, with no possibility of reelection . Also distinct from the U.S. context is the plurality of political parties that characterize Mexican politics. Instead of being an essentially two-party system, Mexican national politics are characterized by a diversity of parties, many of which have been formed in recent years, given the tight control of the country under the Partido Revolucionario Institucional (PRI)  from 1929-1989. It was only in 2000 that this party lost control over the federal presidency (Open Society Justice Initiative, 2016).

México’s diplomatic profile is characterized by a willingness to collaborate with, participate in, and receive feedback from international organizations such as the United Nations (UN), especially on programs which look to promote human rights. México has a standing invitation to all UN thematic special procedures and, since 1997, Mexico has received visits from 61 Rapporteurs and special mechanisms from the UN. In 2013 and 2015, it received high level visits from the UN High Commissioner for Human Rights. Mexico demonstrates its support of the UN and the fight for human rights through the financial contributions made to this organization and it is the tenth largest financial contributor to the UN and consistently advocates for increasing the budget that this organization allocates to human rights work.

Indeed, since 2002, Mexico has hosted a field office of the UN High Commissioner for Human Rights, which monitors human rights concerns in the country, provides technical assistance and advisory services to the Mexican State.

In addition to hosting visits from members of the UN, Mexico has led and participated in the Human Rights Council, during both the 2006-2009 and 2009-2012 terms. In these years, Mexico campaigned for the creation of the Human Rights Council as a body that promotes and protects human rights. Mexico has also campaigned for the broader inclusion and support of NGOs, civil society groups, and national human rights organizations in the operations of the Council. Importantly, Mexico has advocated for open dialogue among participant nations and the nuanced evaluation of human rights issues around the world. As part of its commitment to transparency and open dialogue, Mexican officials, in their work with the Human Rights Council, have advocated for the implementation of universal periodic review as a tool for effective collaboration among Council participants.

Mexico additionally reformed its constitution in 2011 to increase protection and recognition of human rights in harmony with its international obligations. This reform includes respect for human rights as a foreign policy principle, the strengthening of the powers of human rights protection entities in Mexico and the creation of a general normative framework for its human rights policy. This reform also recognizes the right of every person to nutritious and quality food and the state’s responsibility in securing this right. Both at home and abroad, the Mexican government has branded itself as one that is attuned to the realization and protection of human rights.

Despite its commitment to human rights institutions and obligations, the last fourteen years in Mexico have been plagued by widespread violence. For example, using figures from the National Public Security System, the Justice in México Project at the University of San Diego reported a steady decline in the number of intentional homicides reported in the 1990s until the early 2000s, followed by two steep surges from 2008 to 2011 and from 2015 to the present.  The Project reported that by 2019, the Mexican government reported a nationwide total of 34,588 homicide  victims -- a new record high -- exceeding the 33,742 individual victims reported in 2018, which had set the previous record.

The militarization of national security has been noted as one of the forces behind the increase in violence. Complaints made to the National Human Rights Commission regarding torture and ill-treatment quadrupled in the six years following the implementation of militarized security in Mexico (Open Justice Society, 2016). Instead of undermining the integrity of drug cartels through the removal of their leaders and funds, interventions undertaken by Mexican security officials led to abuses perpetrated by military officials against individuals and the initiation of wars among drug cartels that look to fill power vacuums created in the wake of cartel decapitations.  Civilians, caught in the middle of the wars on drugs and the new cartel wars, have been victimized by the resulting violence; the increase in disappearances and deaths reflects this somber reality.

The disappearances and murders committed in Mexico take place in a context of impunity, or lack of accountability for crimes. The country is repeatedly among the 10 countries with the highest level of impunity.  Mexico ranked 60th out of 69 countries in  the 2020 Global Impunity Index. The index measures systems of security, justice, the protection of human rights and structural capacity to come up with its ranking. Impunity  erodes the rule of law and the trust of citizens in institutions, and to exacerbate the consequences of insecurity, violence, or corruption.

According to Sandra Serrano, in terms of access to justice, the bulk of the sentences in disappearances in Mexico did not seek to provide truth on the facts nor to achieve accountability of the various perpetrators. Many of the sentences encapsulated the disappearance of a person as if it had occurred as a singular case, removed from the broad context of disappearances in the country. The facts of the cases are not connected to the violence produced by the military, sailors, and state security forces, or by various criminal groups. The actions of public servants convicted of enforced disappearance was not linked to structural criminal-state structures or to the state - which they serve. The story most judgments tell is that of disappearances that occurred by "accident", by a few bad apples, by state agents linked (individually) to criminal groups or even by the military fulfilling its duty to maintain security.

Mexico and the United States

In addition to collaborating with international bodies such as the UN in the protection of human rights, Mexico has maintained a collaborative relationship with the United States in issues of security and the economy.

NAFTA, or the North American Free Trade Agreement, is perhaps the most notable treaty signed by the United States and Mexico in recent years and has transformed not only the economies of both nations, but their demographics as well. Leading to the industrialization of Northern Mexico and destruction of its agricultural sector, NAFTA can be identified, in part, as being responsible for the migration seen both within this country and across its borders, as farmers without work search for jobs in the north.While the Mexican economy has been able to increase its exports of manufactured products under the implementation of NAFTA, no clear link has been seen between the opening of Mexico, exportation, and its economic development.

In addition to collaborating on economic issues, Mexico and the United States have, in the 20th Century, collaborated on issues of transnational security. Signed in 2008 by former presidents George W. Bush and Felipe Calderon, the Merida Initiative marked an important point in the development of the relationship between the U.S. and Mexico. Drafted in an attempt to manage and detain the illicit drug market, this agreement has functioned to highlight the shared responsibility that the U.S. and Mexico have in the management of drug cartels and the violence they perpetuate.

The Initiative was designed and carried out in a context of militarized security in Mexico; a framework constructed and implemented under the Calderon administration in 2006. The militarization of domestic security has been undertaken in an effort to combat drug cartels in Mexico through their “decapitation,” which refers to the removal of cartel leaders and resources (Ansolabehere, Frey, et al., 2018).

Thus, the Merida Initiative functions as a supplement to domestic security measures being taken in Mexico, as it provides the Mexican government with $2.8 billion in U.S. funds in the form of helicopters, technology, and weaponry. This initiative, whose focus is fighting organized crime and delinquency, has led to the death of some 70,000 individuals and the disappearance of 23,000 more.

While the Plan Merida remains in place today, the AMLO administration has spoken out against its continued presence in Mexican society and advocated for its discontinuance. AMLO has criticized the emphasis that this plan places on the militarization of Mexican society and security, highlighting that the support that Mexico needs from the United States has to do with internal development, not the militarization of security.